The theory of Five Elements, together with the theory of Yin and Yang, is the staple of  Traditional Chinese Medicine and its physiology. It is used to make a diagnosis, to find a therapy and control the evolution of the disease, according to the rules of the Generative and Control cycles. The Five Elements are Wood, Fire, Earth, Metal and Water. Apparently, this theory was as an attempt to understand and explain not only the functioning the human body, but also the functioning of the entire universe. It presumes that all phenomena of the universe and nature can be broken down into the five elemental qualities stated above. Each element has a direct correspondence with an Organ-Zang, but there are a lot of other correspondences, as listed below:

Dynamics of Generation and Control 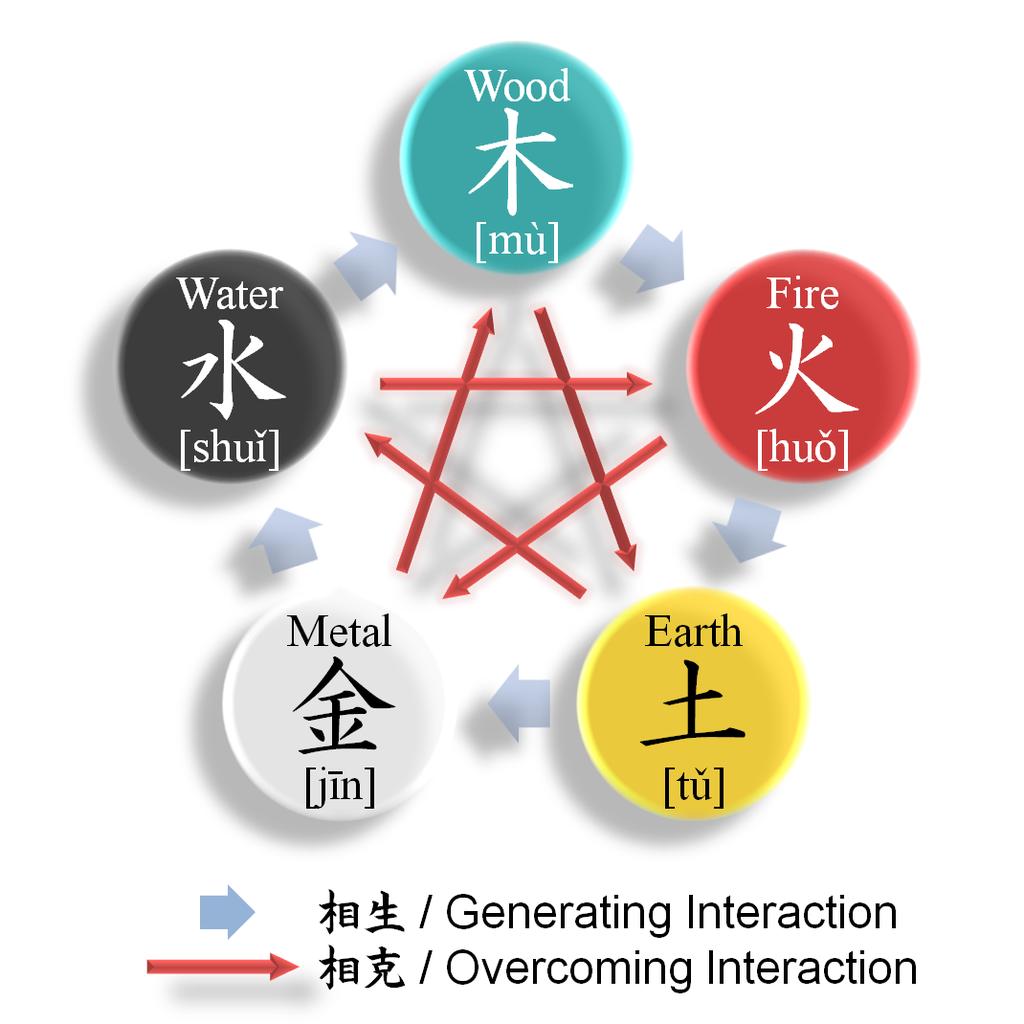 According to the theory, a problem to the tendons or also an axcess of anger, can be referred to the Liver. A cause will be looked for in the external pathogens, or in the loss of balance among the dynamics of Generation and Control. In a normal situation, there is a correct relation of generation and control, according to the following dynamics:

The Five Elements, also control each other:

The balance in the generation and control cycles can be broken. That happens when an element does not feed (generates) his child who will get weaker. It can also happen when an element, instead of controlling another one, exploits it, or on the contrary, instead of being controlled, an element opposes to the controller. In all these cases we develop a disease. According to the general rule if an element is in state of depletion, the mother must be invigorated. In case of excess of an element, the child must be drained.